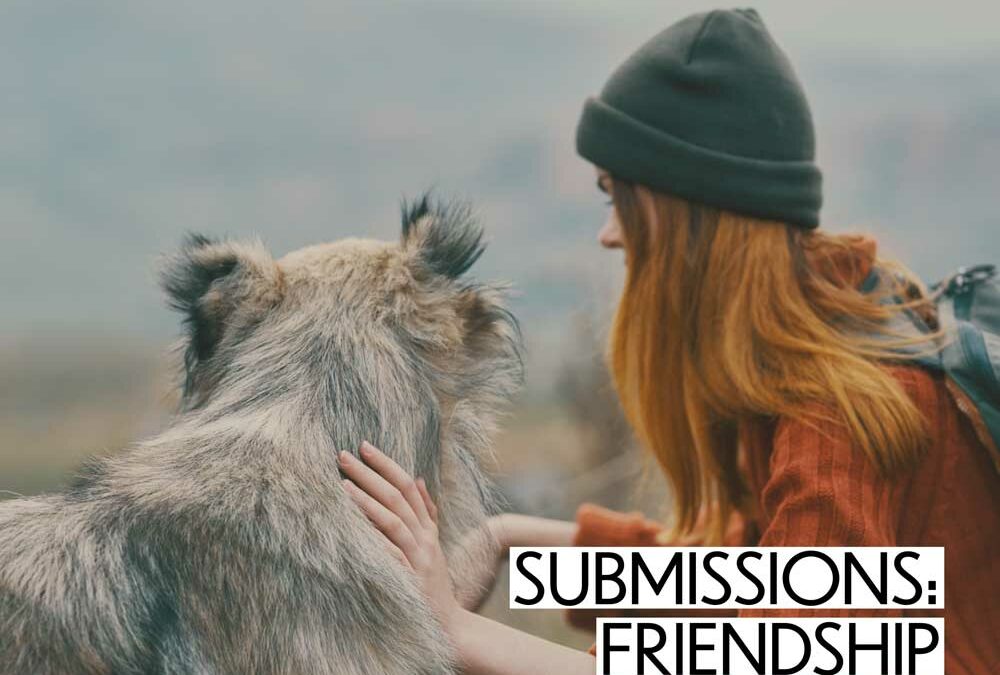 Friendships can mean the world. They can save our lives. They can change our perspectives, and enrich our days.

Some start when we’re toddlers, others when we are seniors. Some friendships seem unlikely yet they work.

We may have that one special friend that we share everything with, or a big circle of friends. We each play a different role in the lives of others.

This call is asking for your stories of friendships. In word or visuals – share your view and experiences!

These are your submissions: 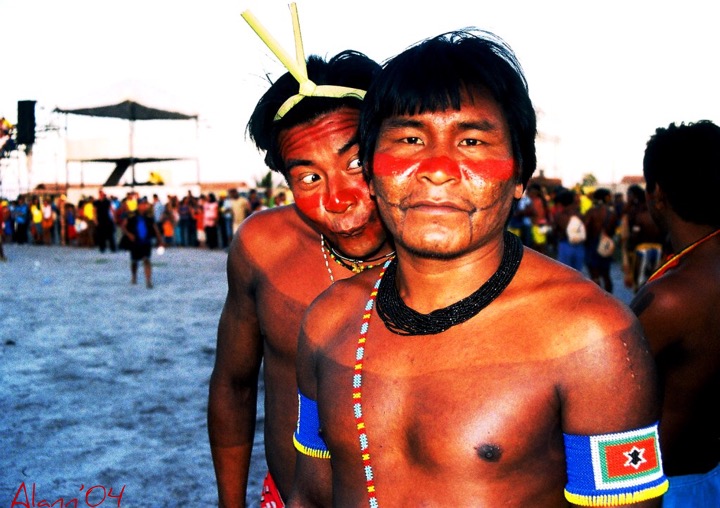 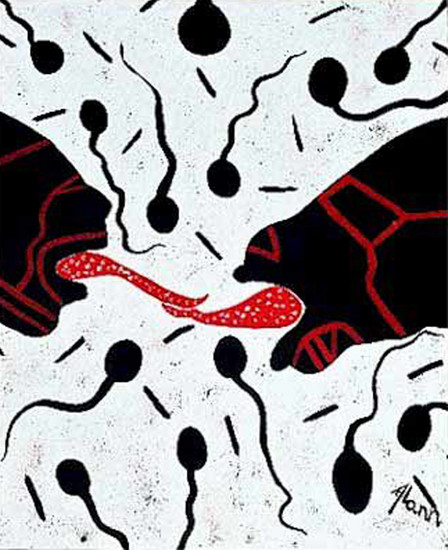 The first is a photograph taken by me at the Indigenous Games in Porto Seguro-Bahia-Brazil, of two Kayapo friends who just invited me to come and visited them in their village in the Xingu Reservation. They were so enamoured and cheeky with each other.

The second picture is a painting I made in Porto Seguro 2004 during the Indigenous Games, called Equus, which is the story told by a psychiatrist who has the dilemma to wane a young man off his deep love for his horse. He knows that if he stops the love for this horse, the young man will commit suicide, but this love affair is unacceptable for society. SO, what will he choose?

The third picture, a digital one I made in 2011, depicts the pre-colombian couple who were found at different archaeological sites in Peru. The man is a king of the Mochica empire, known as the Lord of Sipan, the lady is known as The Lady of Cao, la data de Cao, and was found like the Lord of Sipan in a pyramid of adobe, but separated by a good 400 km. However, later research indicated that they must haven know each other as they found a foetus in her womb (both people were mummified like the Egyptians) which was Sipan’s child…same DNA. We don’t know if he knew she was pregnant. It is my The Kiss moment that I painted here.

Alann de Vuys was born in 1959 in Aalst, Belgium. He had a six year training in St. Lukas Art school, Brussels studying creative art directing. For the next 38 years he lived in South America and Asia. He had exhibitions in Belgium, UK, Brazil, Sri Lanka, Nepal, Thailand, Japan, Bolivia, Peru, Cambodia, Indonesia, Germany, Ecuador, France, Italy, India, and Nepal. Since 2019, just before the pandemic started, he permanently resides in Sri Lanka.

Copyright by the author.

Friends are the light of our lives. Their presence is a comfort to us, as we journey across time and space, in universes of our own making.

The coronavirus led people in many countries to sit in their homes and limit their daily interactions to the barest minimum. For individuals belonging to the queer and transgender communities in developing countries, the lockdown imposed caused a breakdown of communication as well as increase in domestic violence incidents, as shelters and workplaces were closed.

Those who had friends, managed to have safe spaces to call their own, and thereby managed to escape from the loneliness that accompanied those living alone.

People began to spend much of their time in online spaces, including social media websites and apps, to exchange information on vaccines as well as stay in touch with one another.

During the lockdown, I ended up joining a WhatsApp group for queer and transgender individuals. It was by far a motley group of people; hence it was hard for me to get close to anyone from this WhatsApp group, as there were too many people speaking all at once on various issues. Nevertheless, I managed to make one friend among the group members.

The two years of lockdown passed in a blur as we both exchanged numerous messages back and forth. We belonged to the same state; however, one was a city dweller while the other resided in a provincial small town.

Age wise, one of us was almost double the other’s age. There were other differences too, including religion and community. But at the same time, these differences felt pretty minor.

Then sometime in March 2022, there arose an opportunity to meet one another face to face in the city. Hence, I agreed to meet them. We met on the porch of a rooftop restaurant.

While the conversation flowed, I found it hard to look at them in the eye and had to look at other things to focus on. It felt as if I was staring at the sun and was in the danger of burning my eyes.

My reaction was a strange combination of attraction to someone I had met from crossing over the magical doors of cyberspace, as well as my autistic traits acting up on their own.

For the time I spent in their company, I felt a welcome respite from the judgemental people who would not tolerate us a second.

As the war between Ukraine and Russia drags on, it takes a toll on the mental health of the most vulnerable.

Lives are lost on the battlefield, while the prices of everyday goods rises every day.  It is imperative that we know what the soldiers on the borders of countries are doing every day, but there is a greater need to know our friends better as well.

Nothing can replace the warmth of human hearts amidst the debris of a fragile existence on this blue globe.

Chroma (per/pers/perself) is the online persona of a non-binary person from North-Eastern India. As a person with autism and grappling with certain invisible disabilities, Chroma has faced extreme emotional and economic violence and is therefore forced to remain in the closet and conceal per identity.

Social media is the only gateway through which Chroma connects with the outside world. A lawyer by profession, Chroma loves reading and writing on LGBTIAQ matters, the environment, and human rights issues.

This work is licensed under a Creative Commons Attribution-NoDerivatives 4.0 International License.

A big thanks to all who submitted their works and observations!