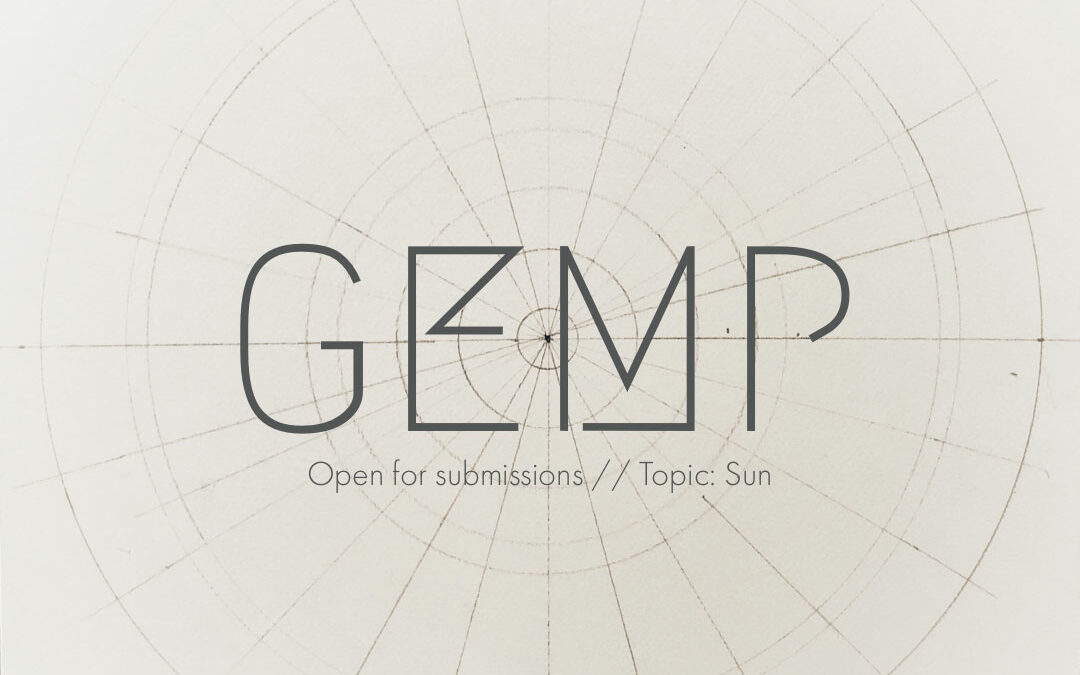 We all see her every day. She has an influence on us and everything that we see and don’t see. No matter who and where we are in this world.

But do we actually see and acknowledge her enough? When we put on sunscreen? When we eat our food, that wouldn’t exist without her? When she lights up our days? Or while we think about what we can do to reduce our impact on Global Warming?

What role does the sun play in your life? And has she ever come up in the art or poetry you’ve been creating? Is now the time to pay a little homage to the sun?

Submit your piece about the sun to GEMP now. Thirty selected submissions will be exhibited during the month of December.

Deadline: November 30th, 2021
You may submit your own drawings, photos, poetry, short stories, recipes, films, or whichever form your communication with the sun takes 🙂

Written submissions should not be longer than a thousand words. Pictures a minimum of 800px (width) but not larger than 1 MB.

Please choose a creative commons licence and include it in your submission, as well as a short bio and your name (to be displayed) and links to Social Media/Website or other forms of contact if you don’t have either.

Some things about the sun 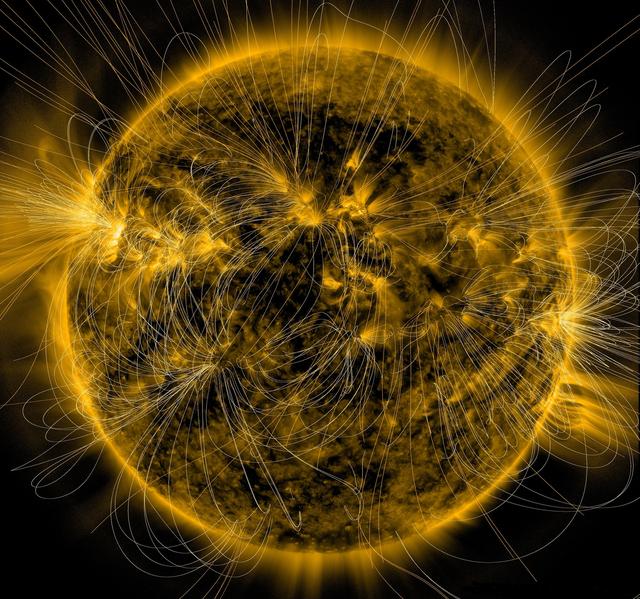 This illustration lays a depiction of the sun’s magnetic fields over an image captured by NASA’s Solar Dynamics Observatory on March 12, 2016.

The complex overlay of lines can teach scientists about the ways the sun’s magnetism changes in response to the constant movement on and inside the sun.

Note how the magnetic fields are densest near the bright spots visible on the sun – which are magnetically strong active regions – and many of the field lines link one active region to another.

This magnetic map was created using the PFSS – Potential Field Source Surface – model, a model of the magnetic field in the sun’s atmosphere based on magnetic measurements of the solar surface.

The underlying image was taken in extreme ultraviolet wavelengths of 171 angstroms. This type of light is invisible to our eyes, but is colorized here in gold. 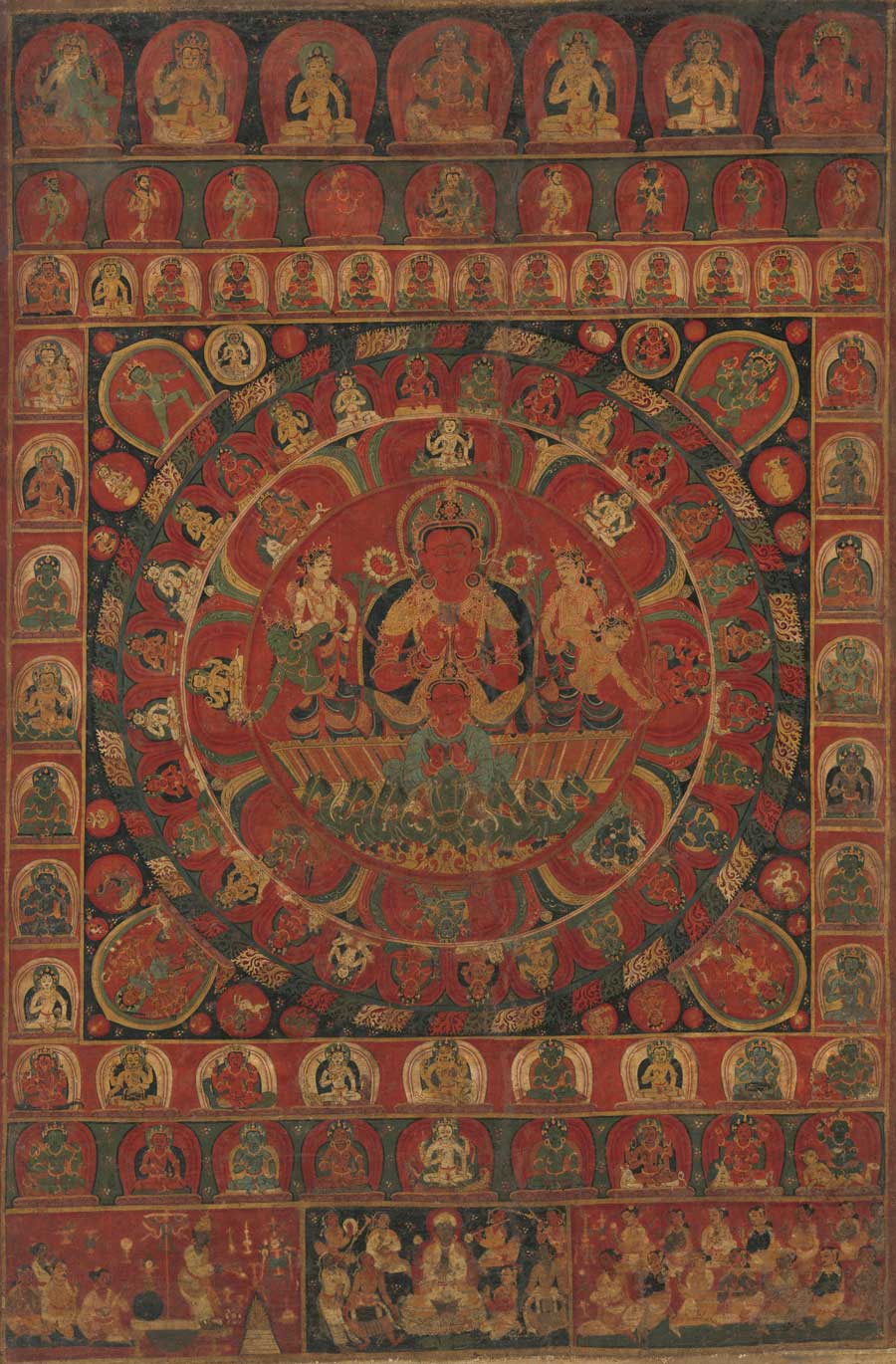 Mandala of the Sun God Surya

This mandala is devoted to the solar deity Surya and bears a partially legible date, making it one of only two confirmed Nepalese paintings of the fourteenth century.

The inscription names the donor and the artist—the latter an extremely rare occurrence in Nepalese art—and declares that it was painted when the donor, named as Bhisnudevesvara, performed a ceremony so that he might be forgiven for negative karma.

This ritual is depicted in the lower register, with a Vajracharya priest performing a fire sacrifice, and with the donor at center. His family is also present, at right. The eight planetary deities ring the mandala. 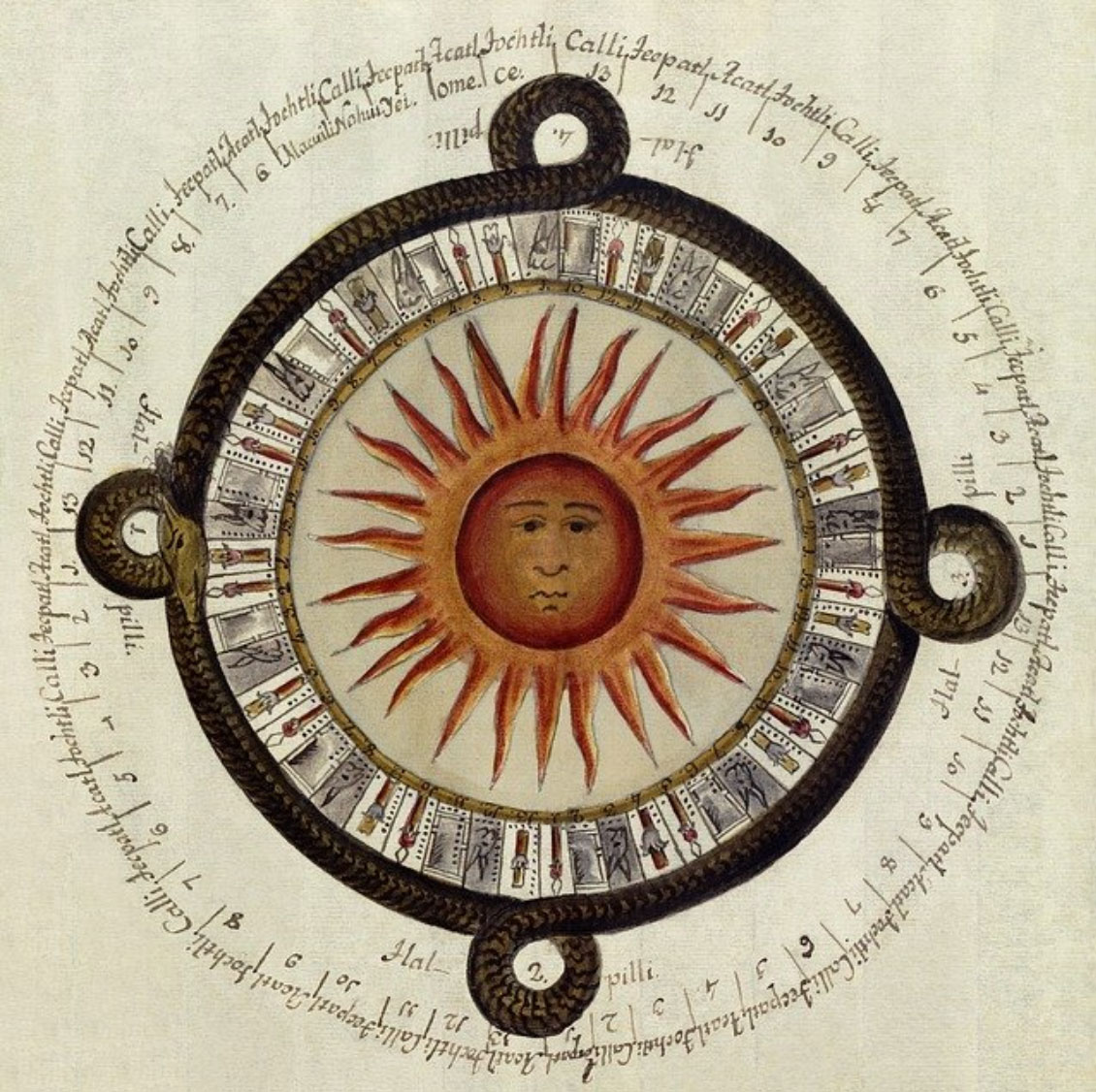 “The Aztec or Mexica calendar is the calendrical system used by the Aztecs as well as other Pre-Columbian peoples of central Mexico.

It is one of the Mesoamerican calendars, sharing the basic structure of calendars from throughout ancient Mesoamerica.” Wikipedia